Native to Central and South America, Sarsaparilla has a long and esteemed history of traditional use by native tribes to these regions. It was commonly used to treat coughs and colds by the Native American peoples, who made a soothing tea using Sarsaparilla roots to calm sore throats and clear stuffy noses.  Other traditional uses include; promoting sexual health, detoxification and as a cleanser for the kidneys.

More recently in the Wild West, cowboys of the 1800’s learned of Sarsaparilla from the Indians. It was popular as a spring tonic to “eliminate poison from the blood and tissues, purify metabolic toxins left after a hard winter, and rehabilitate the body for the rest of the year.” It was also thought to cure syphilis and other sexually transmitted diseases – it was not unusual for cowboys to order Sarsaparilla after spending the night at a brothel! 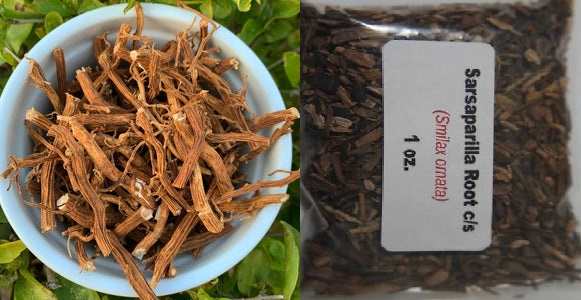 Detoxification / Kidney Health- Sarsaparilla is rich in saponins, these are compounds that bind to endotoxins and remove them from the body. Endotoxins are found primarily in bacterial cells and upon release into the bloodstream they can contribute to all kinds of diseases, including inflammatory conditions that can lead to liver disease, flu-like symptoms, fevers and respiratory disorders. This effect earns Sarsaparilla its classification as an “alterative” – a herb which cleanses the blood.

Sarsaparilla is classed as a diuretic and diaphoretic herb, meaning it promotes the excretion of toxins via the urine or sweating. Its diuretic action forces the excretion of toxins through urination which supports kidney health by clearing the kidneys. It also helps to relieve fluid retention, puffiness, swelling and bloating. It is important to remember to drink lots of pure water to support the kidneys whilst taking diuretic herbs.

Hormonal Balance- In Tudor times Sarsaparilla was considered as a cure for baldness – it seems that there is some evidence now to back up this “Old Wives Tale”. The plant sterols found in Sarsaparilla closely resemble testosterone, progesterone and oestrogen. Plant hormones are not identical to human hormones, but close enough so that the liver doesn’t have to work as hard to produce actual human hormones. Thus, Sarsaparilla helps to maintain proper levels of testosterone and progesterone which can help the hair to grow. It is also used by body builders as a natural steroid to promote muscle growth and mass.

The sterols found in Sarsaparilla can also increase the male sex drive and have been shown to increase blood flow and boost sperm motility.

According to Herbalpedia; “it has a tonic and specifically testosterogenic action on the body (stimulates the production of testosterone) and stimulates natural cortisone.”  Additionally, Sarsaparilla phytochemicals have a progesterogenic action, making it beneficial in premenstrual problems, and debility and depression associated with menopause.

Skin Health One of the more surprising Sarsaparilla benefits is its ability to treat psoriasis. It has the highest saponin concentration of all medicinal plants, with the steroidal saponins; sarsaparilloside, smilasaponin and pairllin believed to be primarily responsible for the medicinal action of Sarsaparilla root.

Sarsaparilla was extensively studied as a treatment for psoriasis in the early 20th century, prior to the development of many of the steroidal type drugs in common use today. In a 1942 study published in the "New England Medical Journal", patients were given large daily doese of Sarsaparilla extracts over a 2 - 3 month period resulting in over 50% of psoriasis sufferers condition improving. The subjects who had "chronic plaque psoriasis" were the ones who received the most benefit.

Other skin conditions that have been found to benefit from this herb include; eczema, rashes, acne, fungus, pruritus and wounds.

Bioavailability Enhancer Sarsaparilla increases the bioavailability of other herbs and enhances their benefits. It is known as a “synergist” for this reason and it is thought that this action is due to the high amount of saponins contained within this herb.

Typical Use Sarsaparilla is most commonly taken in either tea or tincture form. 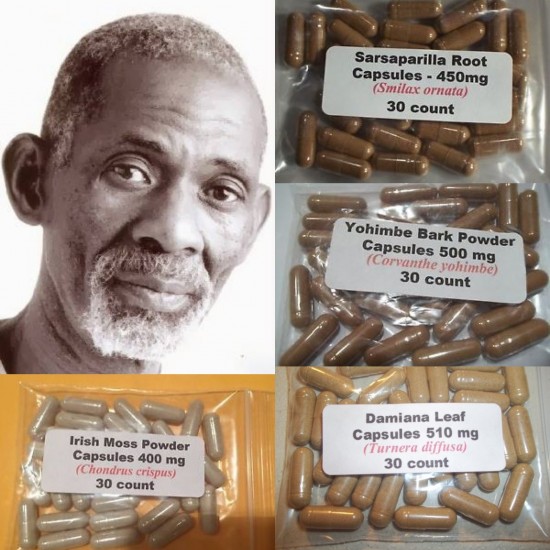 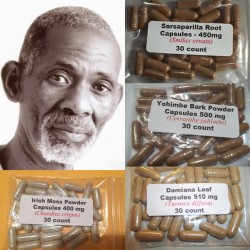 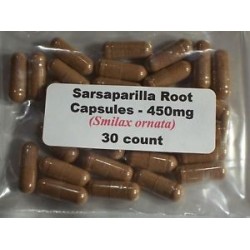 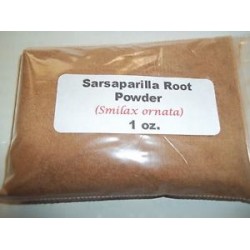 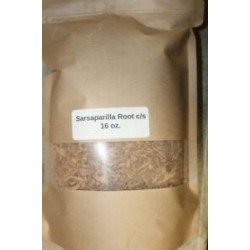 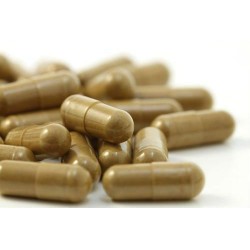