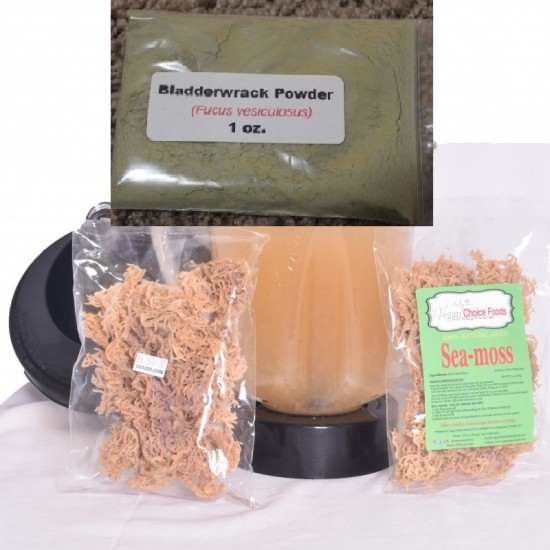 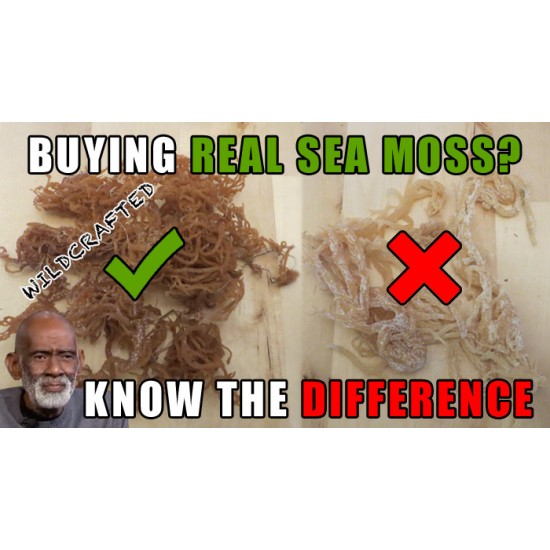 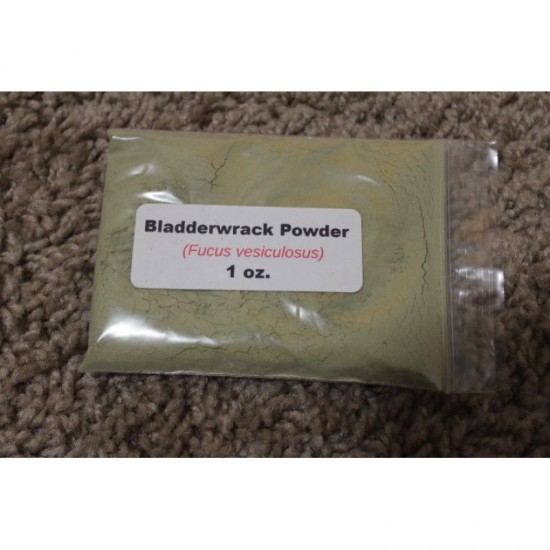 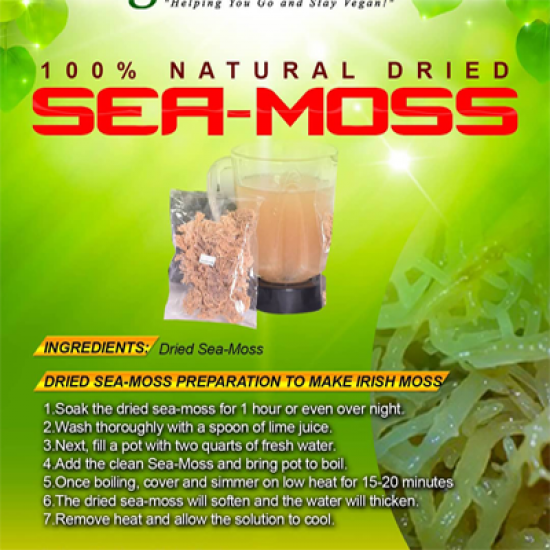 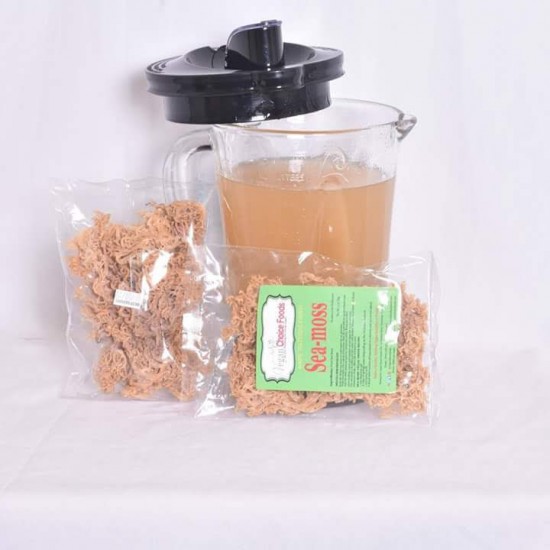 Sea Moss Irish Moss Dried 2 3oz Packs & 28g Bladder-wrack Powder- For Person with Hashimoto’s, Hypothyroidism, Graves , Goiter or Thyroid Problems
Based on 0 reviews. - Write a review
Day
Hour
Min
Sec
$45.99
$49.99
Ex Tax: $45.99
Add to Cart
Buy Now Ask Question
Add to Wish List
Sea Moss Promotes regular thyroid function- The thyroid is a gland found in the neck below the adams apple. This gland secretes hormones known as triiodothyronine (T3) and Thyroxine (T4). These hormones are known as T3 and T4 based on the atoms of iodine per molecule. T3= 3 iodine atoms per molecule, T4= 4 iodine atoms per molecule. These hormones have effects on the majority of the body's tissues and increase BMR (basal metabolic rate). Here are just a few examples of what the thyroid is responsible for: Increases blood flow by directly increasing the rate and strength of the heartbeat.
Top Ten Reasons Why You Should Be Consuming Sea Moss Regularly Click here
Increases the growth rate of the developing brain cells in the fetus.
Increases the growth rate of young children.
Plays a major roll in thought patterns, sexual function, and sleep.
Regulates central and peripheral nervous system function.
Regulates menstrual cycle.
Controls cholesterol levels.

Bladder-wrack (Fucus Vesiculosus, fucus) is used primarily because it is a high source of iodine. Bladder-wrack has been used traditionally to treat an under active and oversize thyroid and to treat iodine deficiency. Bladder-wrack is also rich in calcium, magnesium, and potassium, and it contains other trace minerals.

Bladder-wrack contains numerous phytonutrients, which are credited with its many health benefits:

Bladderwrack is a form of kelp that has been used medicinally for centuries. The main use of the herb has been for the stimulation of the thyroid gland as a treatment for obesity and cellulite. The high iodine content of the herb stimulates thyroid function which boosts metabolism. It has a reputation helping relieve the symptoms of rheumatism and rheumatoid arthritis and may be used both internally and as an external application for inflamed joints. 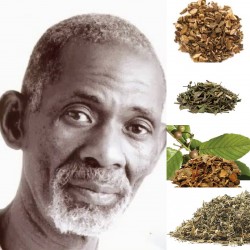 Hot -14 %
15 Days Gut/Colon & Digestive Tract Cleanse Package (Major Area For All Diseases) Dr Sebi Approved Herbs- 28g Each
"All Disease Begins in The Gut.” - Hippocrates - And Remember now you can never wax an old car, so if you are sick you first need to cleanse..
$42.99 $49.99
Ex Tax:$42.99
Add to Cart
Add to Wish List
Buy Now Ask Question
Quickview 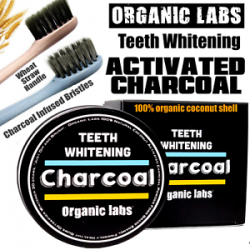 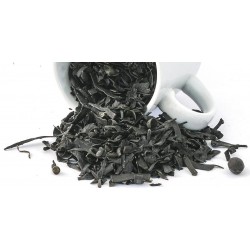 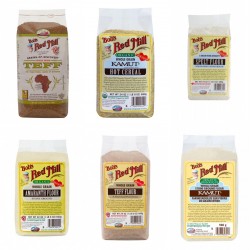 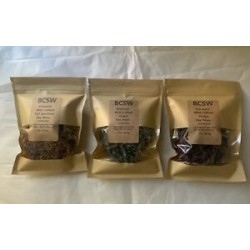 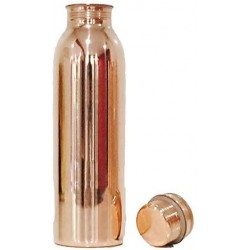